In the News: The SoftSpace solution to payment technology

Inside our workSpace v1 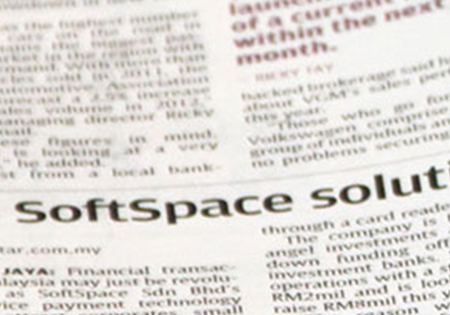 Founder Chang Chew Soon has received enquiries, funding and even an acquisition offer since SoftSpace was incorporated to market its brainchild technology.

The technology, also called SoftSpace allows payments to be made on smart phones and tablets through a card reader.

The company is funded through angel investments and has turned down funding offers from local investment banks. SoftSpace began operations with a start-up capital of RM2mil and is looking to privately raise RM8mil this year.

“The reason we have resisted funding support from any banks is that we want to remain neutral so that we can work with any institutions,” he said, adding that there was also interest from a technology company to acquire but SoftSpace’s valuation was higher than expected.

SoftSpace is currently exploring to roll out the payment system with Maybank, AmBank and Malaysian Electronic Clearing Corp.

Aside from banks, the company is also talking to Maxis, Celcom and DiGi as Chang “believes they are the ones in the position to help realise the implementation”.

It has teamed up with Malaysia Airline’s insurance partner Mondial Assistance and other local partners include online payment service providers iPay88 and MOLPay.

It has engaged Taiwanese company ID Tech to manufacture the card readers.

On whether small businesses will warm up to this mode of payment, Chang said that the change towards cashless transactions would likely happen in one to two years. “We are fulfilling a demand, not creating one,” he said. 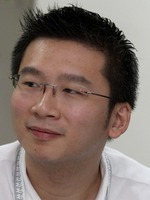 P’Eh stumbled upon SoftSpace just six weeks ago when co-founder Landon Letendre was looking through his Google Alerts on credit card and smart phone payments.

“We came across them on my Google Alerts and they were on the headline. We move fast when we see a product that is secure,” he said.

With SoftSpace, P’Eh would be the first to bring a chip-based card payment platform to North America.