In the News: Soft Space’s regional business takes off 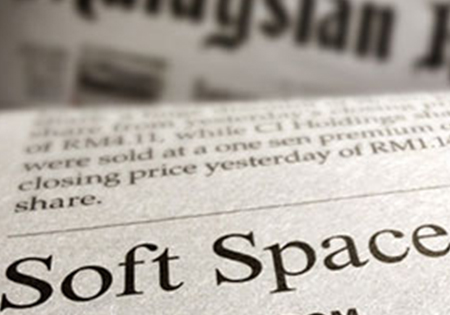 HOMEGROWN mobile payment platform provider Soft Space Sdn Bhd has visions of Asia Pacific expansion for its point of sale technology, starting with the Philippines and Indonesia within this year.

The company has recently launched its mobile card payment technology with major Thai bank, the Kasikorn Bank pcl, which has said that it expects to achieve a 30% growth in transaction volume to 435 billion baht (RM46.64 million) this year.

“We have confirmed business partnerships with banks in the Philippines and Indonesia, as well as a tie-up with a company in Australia,” said Soft Space founder Chang Chew Soon during an interview with The Malaysian Reserve yesterday.

“We expect to roll out 50,000 devices this year on the partnership with Kasikorn Bank. The rollout of devices in Indonesia and the Philippines is expected to be threefold and twofold respectively, compared to the 50,000 in Thailand.”

Soft Space is also in talks with two Malaysian banks to roll out its technology in Malaysia in the third-quarter. Elsewhere, Soft Space is in the midst of forming partnerships with companies in the US and Canada.

When asked about product diversification, Chang said there are plans on developing loyalty and prepaid cards as a means for merchants to keep a good relationship with their customers. He also mentioned introducing contactless payment features similar to the Touch ‘N Go cards.

The company is also nominated as a finalist among 24 candidates to receive one of the three Asian SESAMES Award under the software and applications technology, competing against US-based HID Global and South Korean KB Kookmin Card.

The Asian SESAMES Award rewards the most innovative technological applications developed for the Asia-Pacific market in the field of smartcards, digital security, secure transactions and contactless technology.

It is part of the Cartes Secure Connexions Event, which brings together innovative solution providers and market leaders from card manufacturing, payment, security, identification and mobility industries in one event.

Soft Space is a subsidiary of Foetus International Sdn Bhd, of which Datuk Vincent Lee is the executive chairman.

Foetus International is one of the largest and most diversified communications group in Malaysia, with specialised companies in advertising, public relations, event management, direct marketing, mobile content and interactive digital technologies.