In the News: Soft Space levels up, out to transform entire payment landscape

Soft Space gives back, sponsoring more than RM10,000 worth of mPOS devices to Teach For Malaysia

Updates: The Acquisition of Fasspay 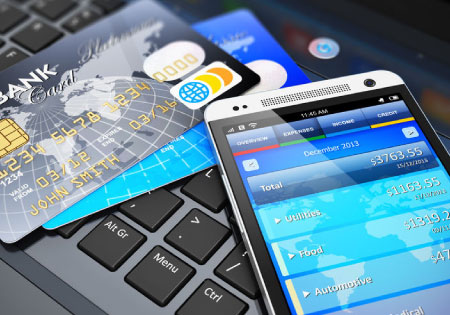 MALAYSIAN digital payments startup Soft Space International Sdn Bhd is gearing for 2015 to be a red-letter year with a number of new solutions – and more importantly, innovative use cases – that will roll out this year. 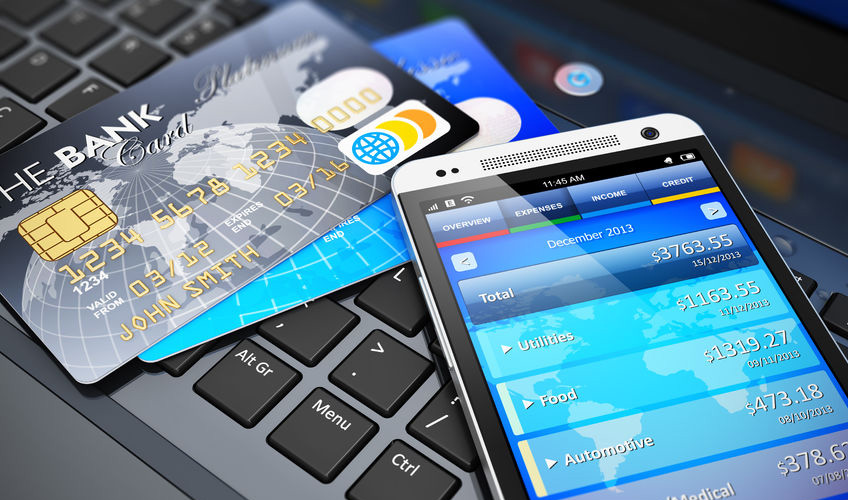 Soft Space, out to transform the entire payment landscape

Taking on the big guys? It has a solution in the pipeline that will take on Apple Pay. Add to that, new streams of business such as risk management and analytics, as well as enabling digital payments beyond the traditional ecosystem.

Indeed, it would be fair to say that the company intends to power the digital economy. Soft Space’s mPOS technology, currently used by 13 banks across Asia Pacific including CIMB and Maybank in Malaysia, allows any tablet or smartphone to accept credit card payments using a card-reader dongle and the software it developed.

“For the past three years, we’ve spent all our time and energy to build our platform, to tweak it to local market needs, and to adapt it,” Chang recently told Digital News Asia (DNA) at a meeting near the Soft Space office in Petaling Jaya.

“Every market we have gone in, we faced a different set of problems, so we absorbed the information, came back and brainstormed on how to solve them, one by one. Then we floated our ideas to the banks,” he added.

And the banks are excited. Soft Space is working this year to come out smartphone-based virtual credit cards that banks can offer customers of their physical credit cards. Beyond just an e-wallet, the cardholder can set not just limits on spending, but also other parameters for supplementary card-bearers.

The example Chang used was parents setting spending limits for their children: Not just the amount they can spend, but also at what types of stores and for what types of products or services.

This solution in fact complements what Soft Space will be doing with its Apple Pay and Samsung Pay emulation. Last September at its iPhone 6 launch event, Apple announced its mobile payment and digital wallet service that would let users make payments using the company’s devices, including Apple Watch-compatible devices. South Korean electronics giant Samsung is expected to launch a similar service with its Galaxy S6.

Will banks be forced to choose one platform over the other? Or play ball with both tech giants, which would be an expensive game to play? Soft Space believes it has a way out.

“It’s our answer to Apple Pay and Samsung Pay, without having to use their proprietary technologies – but still using fingerprints and touch technology,” said Chang.

“If you want to use Apple Pay, you have to talk to Apple, which will charge you 0.15% per transaction. Samsung is going to use the same model.

“This means banks and merchants will have it tough. We can give you the Apple Pay experience for your Apple-using customers, but non-Apple users like those on Android can also use it – all on one platform.

“You don’t have to pay them both – well, you pay us though,” he added.

Blueprint for the aviation industry

Soft Space has also sealed a deal with a major airline to roll out an inflight POS system that will allow the latter’s cabin crew to carry out digital payment transactions while in the air.

Typically transactions, including duty-free sales, are only recorded while in flight, and then synchronised when the aircraft lands. The Soft Space solution allows real-time transaction processing while the aircraft is still in the air.

“To get this accepted, we had to get DCA (Department of Civil Aviation) approval, MasterCard approval, Visa approval, the airline’s approval, and the banks’ approval,” said Chang, a Digital News Asia Digerati50.

“This has never been done before, and it now serves as the blueprint for the rest of the airline industry, because MasterCard and Visa also worked with us to enhance the guidelines,” he said.

Chang said he was not at liberty to disclose the identity of the client airline, which will be making its own announcement soon.

“Imagine a courier service with 1,000 trucks in its fleet, covering all of Thailand. Every day, these trucks have to be filled up with petrol before they go. Drivers are equipped with [petrol-purchasing] cards.

“How do you ensure that the petrol that is authorised to go to the truck does so, and is not abused by the driver? This is a serious issue,” said Chang.

So Soft Space equipped the trucks with an RFID (radio frequency identification) reader, and installed a tamper-proof RFID ring on the petrol tank nozzle that is linked to the truck’s ECU (engine control unit), which now also has a card installed.

“When the truck goes to a Fill & Go petrol station, the nozzle handshakes with the ring. You pump in the petrol, and the transaction is recorded in our backend processing [system],” said Chang.

“But we then took it one step further – people said that the petrol could be sucked out after the truck leaves the station, but actually vehicles built after 1996 have an OBD (on-board diagnostics) system.

“Our system is linked to the OBD so that it can read the mileage – and thus can compare travel distances versus amount of petrol pumped in, to detect discrepancies. This gives Nippon Express full visibility over its trucks,” he added.

And there’s more in the pipeline. A company that owns a building with 3,000 carpark lots is in talks with Soft Space to develop a system for it. Initially, it was just for the startup to power a digital payment system for the carpark, but it’s gone beyond that now. The company is in fact developing a system that would allow users to book a parking spot ahead of time, using their phones. The parking spaces will have physical barriers that users with bookings can lower with their phones to gain entry. When they leave, their fare will be deducted automatically.

“Sometimes it hard to get a signal in parking lots – that’s okay, you have an ‘i-ticket.’ You use that to gain access,” said Chang.

“When you leave, you’re automatically charged through your phone to your card or bank account,” he added.

Meanwhile, without disclosing names, he also said Soft Space is also in talks with a taxi-booking app startup to provide an API (Application Programming Interface) that it can use to enable mPOS for all drivers in its network.

A major fast-food franchise will also be using Soft Space-developed technology that would allow its customers to beat the queue by ordering and paying at kiosks, and only going up to the counter to collect their food when it is ready.

Finally, Soft Space has also built a shock- and water-proof casing that encloses a smartphone and comes with a barcode scanner for contactless payment.

“It’s basically used for queue-busting,” said Chang, saying that a hypermart, for example, could equip extra staff with such a phone when queues at the cashiers are too long.

“They can ask customers if they are paying by card, and if so, can use the phone to check out and charge the items,” said Chang. “Just bag it and go.”

Enabled by the backend

All these new solutions and use cases are possible because of the backend system that Soft Space has been developing since its inception in 2012, said its director of corporate and strategy planning Chris Leong. In its early days, the company also worked hard to ensure it got EMV (Europay/ MasterCard/ Visa) approval and security certification.

“We have an advantage because of the EMV approval, and our centralised private cloud on which we can build these solutions,” said Leong.

“It’s actually very fast for us to design use cases and roll out new payment solutions from this central base,” he added.

All this technology development was done with its 60 staff, pumped up by its October 2014 acquisition of payment service provider Fasspay, out of whom more than half are developers.

Also key to its development roadmap was the approximately US$5.6-million matching grant it was awarded by the Malaysian Investment Development Authority (Mida).

The grant, under the RM1-billion Domestic Investment Strategic Fund (DISF), was used for research and development (R&D) into new products, including the alternative methods of payment it is rolling out now. With the Mida grant, Soft Space also aims to use the enormous amount of data it has gathered with its 13 client banks to provide analytics in risk management for the credit card business.

But the ‘big thing’ for the company this year would be its Apple Pay and Samsung Pay emulation, Leong said.

“It’s not really about taking on Apple Pay, but if you look at our business strategy, it’s always been about acceptance.

“With the POS card emulation, we’re actually moving beyond payment acceptance and into the issuing of cards, so that banks can have both a virtual and physical card.

“To us, it’s a second link in terms of payments, from acceptance to issuer, and it ties in to our e-wallet strategy too,” added Leong.

“Location-based services can truly become a reality now,” he added.

Wearables will also be big this year, and the company is working on a wristband with which you can make payments, but using your phone to control the amount of spending.

Powering the digital economy, Series A

In 2012, the Government rolled out its Digital Malaysia programme, which aims to transform the nation into a fully-developed digital economy by 2020.

Definitely an innovator by any definition, with its digital payments solutions, Soft Space is now enabling Malaysian businesses to embrace the digital revolution, to explore new opportunities and revenue streams. But it is also ‘digital-enabling’ the Malaysian people, and smaller merchants who before this had very little reason to explore such technology for their more homespun businesses. For itself, Soft Space is also now a role model for what Malaysian technology companies can do to push the nation into becoming an exporter of technology. It is already a regional company, and now there are some who believe it can be a global player too.

DealStreetAsia recently reported that Soft Space is in talks with domestic and US venture capitalists to raise a US$10-million Series A round, which Chang and Leong confirmed with DNA, adding that this may be completed by the second quarter of this year. While US investors are keen to see Soft Space plant its flag in Silicon Valley, this may only happen in a Series B or C round, said Leong.

“[The Series A funds] will still be used to power our business in Asia, because this is where growth is,” he said.

As for now, despite its horizons having expanded beyond its initial remit, Soft Space is still very focused on its core vision: That of enabling merchants of any size, including street hawkers, to accept credit card payments. It is strengthening its developer ecosystem, so that others can develop payment systems based on its backend.

“The other big thing for us this year is to improve the user experience,” said Leong. “To enhance and innovate to make it as simple as possible for people to use our solutions. To make the digital payments experience part of everyday life.”